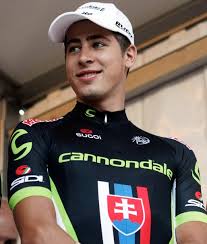 Once upon a time. A time when for English footballs top division the prospect of being paid £5.8 billion to play televised football would have seemed like science fiction. As the 1970’s turned into the 1980’s and punk rock became the new wave, the big news in football was the £1 million pound transfer fee.

The best manager never to manage England’s national team Brian Clough had ushered in the development with his signing of Birmingham striker Trevor Francis for his Nottingham Forest side. Francis earned his fee and Forest recouped their investment when they won the European Cup (now the Champions League) in 1979 with the player scoring the winning goal in the final against Swedish side Malmo.

The precedent set, more clubs began targeting the players they believed would justify a £1M fee. Francis winning the European Cup at Nottingham had removed doubts about the wisdom of such indulgence. However, as the players that followed Francis into the million pound ‘club’ made their debuts it became clear to the sides involved that paying the entry fee was no guarantee of quality. Clough found this out for himself when he set another million pound benchmark with the first £1M black player Justin Fashanu.

Fashanu earned his fame and his move to Forest pretty much on the strength of one goal. Playing against Liverpool, Fashanu received the ball with his back to and 25 yards from goal. He flicked the ball as he turned and struck it with his left while it was still in the air. The strike; “magnificent” in the words of the commentator was the goal of the season, literally and figuratively and at the end of 1980 Fashanu was on his way to Clough’s Nottingham Ironically replacing Francis who was on the move again. Unfortunately for Clough and Forest, Francis’ replacement never found his form weighed down by an inability to reproduce that goal as well as (unreported at the time) off the field issues.

I was reminded of the mixed fortunes of these two (and other) million pound players in the early 80’s as Peter Sagan disappeared from view during Saturday’s Strada Bianche. Sagan has moved to Tinkoff Saxo for a rumoured 5M Euro a year and as I have written already this year his team owner expects results. Specifically, Sagan needs to win his first monument in 2015. Racing for the erstwhile Cannondale team in previous years Sagan, a seemingly perpetual winner of his national championship wore a subtly altered version of the team sponsors jersey. With his move to Tinkoff, the Slovakian red, white and blue is firmly in evidence and this allowed race commentator Rob Hatch to reveal a worrying factoid for the rider. The last race that Sagan had won was his national championship 10 months previously.

The use of italics is important. Also in the leading group on Saturday was Etixx rider and former world cyclocross champ Zdenek Stybar. Stybar, injured for much of last year is the current Czech national champion. The Czech and Slovak national champs, perhaps not so surprising for two countries that used to be just one are held jointly and Stybar won the race from Sagan in 2014. Sagan was able to claim his national champs jersey by virtue of being the first Slovakian rider to cross the line.

In addition to his striking new ensemble Sagan appears to have spent the off season cultivating a hairstyle that looks suspiciously like a mullet. Perhaps Oleg Tinkoff wants to appeal to the resurgent interest in cycling in Germany, although one look at Marcel Kittel should tell him that the quiff is where it’s at these days.

Back to the racing and at pretty much the same point in the race where Sagan and last years winner Michael Kwiatowski had made the decisive break, this years selection occurred. With Stybar were Sep Vanmarcke, Greg van Avermaet and 2014 podium finisher Alejandro Valverde. Sagan came adrift, appeared to be getting back on and then as the camera concentrated on the front of the race was lost from view altogether. Whether or not the director made much of an effort to find a shot of him, Sagan wasn’t seen on screen again.

I could easily look foolish here if Sagan wins the Ronde in few weeks and this was just one race, but is it possible that he’s feeling the pressure to deliver? Sagan’s form in Strade Bianche in the last two years was certainly stronger; he wasn’t out gunned by Kwiatowski (the superior climber) until the last kilometre in 2014. I think the key to unlocking Sagan’s undoubted potential will be how well Tinkoff Saxo can build a team of riders around him this Spring. Although the team have tasted success in the classics in the past (with Cancellara) the focus has been on the grand tours in the last year or two. The team don’t have that long to find the right grouping to put with their big winter signing if he’s going to get a monument in 2015.

With Sagan’s disappearance my biggest worry was that Valverde might go two better than 2014 and win. Vanmarcke had come unstuck from the leaders as the race went over a couple of steep climbs in the final few km’s. After the terrible clash of their bike sponsor’s (Bianchi) celeste blue with team sponsor’s Belkin’s lime green last year you would have hoped that another sponsor change for 2015 could improve things. Unfortunately, the yellow and black of Lotto Jumbo isn’t doing anything for the pairing with celeste either. I can see myself needing to return to the subject of team kits at some point this season as the pro conti teams have suddenly become the cool kids while the world tour serve up variations on a black theme.

In 2014 we had two riders going for the win up the hill and through the city walls of Sienna. This year there were three and with steep finish it was hard to see past Valverde. Greg van Avermaet realising this attacked and stole a few bike lengths on Stybar as Valverde couldn’t respond (huzzah). It was too soon for van Avermaet though as Stybar overhauled him over the as the road levelled out. With nothing left in the tank van Avermaet sank resignedly into his saddle as Stybar found a bit of a sprint for the win.