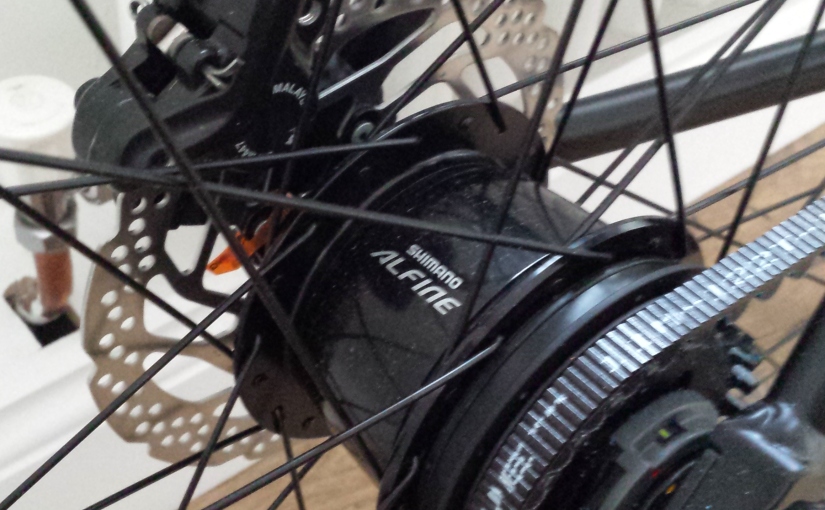 I think I first ‘promised’ a reviews section at the end of the first year of the blog (or at the beginning of the second) so it’s only taken me about a year and half to actually do something about it! Obviously in order to do them you need something to review in the first place and as I’m not yet in the bracket where I get asked to test anything it does make things kinda difficult*. Then there’s the whole thing about what to review; bikes, components, clothing? I guess my post on the Velothon could count as a review? Anyway I have a new thing and I haven’t seen it reviewed anywhere else so here goes..

Roux are a UK brand that offer a range of bikes from road through to cross with hybrids and tourers in between. The website launched in 2012 and a quick glance at the range shows how the designers have thought about what riders in this country want from their bike given a specific use. The touring bikes feature full mudguards and racks as standard for example and each model is priced at or below the all important Cycle to Work £1000 maximum.

Roux offer two bikes in the Belt range both featuring a Gates Carbon Drive belt in place of the chain found on most bikes. The advantages of a belt drive over a chain driven bike in theory are that the belt drive requires little or no maintenance or lubrication and should be long lived as the materials used in its construction are stretch free. Gates have extensive experience in this kind of drive system; a different version is used on Harley Davidson motorcycles.

Priced at £899.99 the Carbon Drive A8 is the top model in Roux’s two bike belt drive range. The 7005 series aluminium frame has pretty relaxed geometry mated to a alloy straight bladed fork. The Gates belt drives a Shimano Alfine 8 speed hub gear and stopping duties are provided by Shimano M445/7 hydraulic discs. The wheels are described as ‘triple chamber’ (I’m assuming triple wall) laced to Shimano centrelock hubs and Continental Contact rubber. There’s a full set of rack and mudguard mounts although some of these are compromised to all for the installation and removal of the belt drive. The frame has an understated matt finish but is slighty let down by some untidy welding. The finishing kit while unbranded looks decent enough in terms of quality and not out of place at this price point. If you’re wondering where your money has gone it’s reassuring that £899.99 has bought the best version of the Alfine hub gear and ever reliable Shimano disc brakes.

If you’re used to riding a road bike the Roux A8 has a very upright riding position out of the box. Flipping the stem would make things a bit more focused but this is probably not an issue for most of the riders this bike is aimed at. The Wellgo cage pedals supplied with the bike similarly will work for most but I changed them to A530 touring pedals to get some strength and stability. The DDK saddle is fine for the short journeys I have done so far but the seatpost can be adjusted for fore and aft movement only so you’re stuck a slightly nose up angle on the saddle.