2020 demo whip coming together @giantuk #toughroad hopped up with @shimano_uk #xt 2 x 11 groupo @dtswiss cross wheelset @panaracer_world gravel tyres @ergonbike grips and last but not least @brooksengland B17 saddle #gravelbike #adventure #biketrekking #custom #ridelife #ridegiant
Bit more progress on the Baja. Second-hand headers that actually fit, re-furbed caliper and new disc at the back, lose the dodgy LED tail light and side panels back on. @insainwayne is trusting me to finish the rest! @hondaukmotorcycles @practicalsportsbikes @classicdirtbikemag #trailbike #projectbike #weekend #intheshed #xr #xlr #baja #md22
Progress of sorts with the project Baja.. Took a visit and lots of input from XR Jedi @insainwayne but now have new boots and a discovery. Those headers are probably off a 125. That would be fine except that this is a 250! 🙄 #honda #trailbike #xr #weekend #shedlife #projectbike @practicalsportsbikes @classicdirtbikemag @built_magazine @hondaukmotorcycles @cmsnl_com
Starting to look a bit more bike like. New tyre on, wheel back in, new cogs, brakes refurbished, bar raisers fitted. Few more jobs to do but feels like I'm getting there. Thanks to @insainwayne for the tyre fitting and advice #honda #enduro #desertracer #greenlane #oilyrag #bikingonabudget
Out on the old banger this morning. Doesn't matter what you ride, just ride. #cycling #fitness #whereiride #oldskool #mtb #steelisreal #26aintdead @brooksengland @raleighbikes @shimano_uk @ergonbike @extra_uk @topeak
So it begins.. #honda #enduro #desertracer #baja #xr #shedlife #oilyrag #workinprogress
Seeking out some green laning opportunities with @insainwayne on the @johnbanksgroup @hondaukmotorcycles #africatwin today #offroad #adventuresports #dct #trailrider
Always been a fan of this engine. SOHC 4 valve 4 stroke @hondaukmotorcycles 250 used for the XR, XL and CB250RS back in the day. #aircooled #honda #enduro #retro #keepitsimple #oilyrag
Out with Mrs G on our @raleighbikes for a ride in the sun on the Essex Riviera. Despite appearances my bike is older than hers by around 25 years #oldskool #steelisreal #monday #southend #seaside #relaxation
Decent Africa Twin turnout at the @trailridersfellowship meet up @acecafelondon with Kent & Essex Africa Twin head honcho @insainwayne @hondaukmotorcycles @johnbanksgroup #honda #africatwin #adventurebike #sundayride
Bit of a move around in the workshop. New bench so I can finally set up my Grandad's old pillar drill alongside the Record engineers vice (also his) and re-using the shelving he built for me down the years. Some things you can never part with.
Not quite identical (Africa) Twin ride out to Bradwell #sunday #sunshine #africatwin #raf #memorial #whereiride @hondaukmotorcycles @johnbanksgroup @africatwin_org @bikemagazineuk
Different kind of bike ride #honda #africatwin #adventuresports #whereiride #weekend #rideout #adventurebike @hondaukmotorcycles @onealracing @daineseofficial
Cold and wet outside = glass of something warning inside. Cheers everyone 🥂 #xmasinaglass #booze #leadcrystal #chilling #weekend
Sneak preview of the brand we're bringing in to develop our @h2bikefit and custom build service further in 2019. @deanimacicli framesets are designed and built by the legend that is Gianni Pegoretti in Italy. We'll be offering full custom geometry in steel and carbon for road or gravel, rim or disc brake. Choose your colour, choose your groupset and finishing kit and let us do the rest. If you want something that's designed for you with unique finishing touches then Deanima is the bike for you. Message me for more details or to book your consultation #custombuild #custombike #oneoff #roadcycling #gravelbike #roaddisc #carbon #steel #bikefit #bikefitting #bikefitlondon
Bit of a change for me on a school night. Listening to @mrmarkbeaumont about how he broke the record for cycling around the world in 80 days! Thanks to @zyrofisher for the invite, good food and beers #cycling #recordbreaker #food #beers #goodtimes
Latest mod to one of the many VCSE Trigger's Broom(s) in my collection. Butterfly touring bars teamed with a flipped @profile_design trackbike stem ('cos I need that 130mm length). Need to rummage through the parts bin for some gel bar tape and bar ends now. A project is never finished 😉 #cycling #cyclotourisme #projectbike #oldskool #26aintdead #whatIride @brooksengland @ritcheylogic @trpcycling
Not the driest ride I have ever had. Fun though. Not sure who is dirtier; me or the bike! Cheers for SRAM Eagle fettling El Presidente @insainwayne #emtb #sundayride #whereiride
eMTB outing on the new @giantuk TranceE+ SX0 #emtb @emtb_com @emtbnews @mtb #offroad #whereiride #sundayride
First ride on the latest incarnation of #triggersbroom (I have a few of these). Nice day for a ride @planetxbikes @zippspeed @hopetech @trpcycling @challengetires #cycling #gravelbike #upgrade #custombike #titanium #sundayride #whereiride #howIride #southend #wahooligan 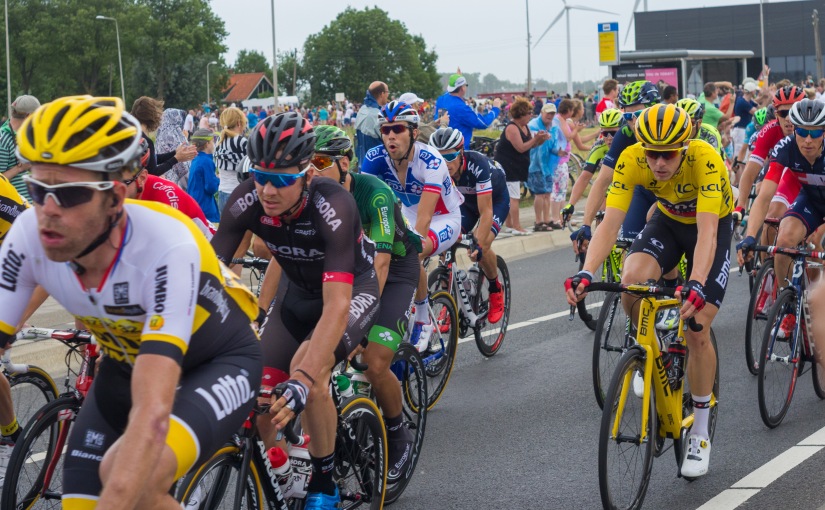 I had planned to write a short(ish) post ahead of the second full week of this year’s Tour on the speculation (confirmed by the rider himself yesterday) that Richie Porte would leave Team Sky at the end of the season. Ivan Basso opening the Tinkoff press conference with the news that he had been diagnosed with testicular cancer pushed possible Porte moves off the metaphorical VCSE ‘front page’.

Getting the Basso announcement more or less hot off the press on my timeline I was disconcerted by my own (initial) reluctance to ‘say’ something on my own feeds. My immediate reaction, born out of my closest family having suffered was empathetic. No one deserves to suffer with this disease. Then I started to wonder. Basso is a rider with a ‘past’, part of the generation of pro cyclists that ‘competed’ when the doping arms race was at it’s height. How long would it be before people started to join the dots between today’s news; Basso; cancer and Lance. Having seen the very dignified way that he handled the press conference I’m glad that I didn’t think for too long about putting out my own (very small) message of support for Ivan Basso.

The dots have been joined however. It’s perhaps only been 5% of the commentary, but it’s out there. If Lance’s cancer was caused by doping then could the same be true for Basso? The aptly named ‘Tin Foil Hat’ brigade thought that this was the story today. There has been a LOT written about Lance, his cancer and his doping. There has been a lot written about whether or not the former was brought about by the latter. I don’t think I have actually read anything conclusive in the many iterations of the Lance Armstrong morality tales that litter my bookshelf.

I am something of a contrarian about doping. As much as I support a ban for anyone caught using PED’s I would equally advocate that it’s possible for a rider to return to the sport following said ban. I am more exercised by the misuse of TUE’s (an ongoing issue in the peloton) that I am about a confessed (and one hopes ex) doper riding and racing. Ivan Basso might represent the worst of pro cycling as someone who doped but there is (for me at least) much to be said for his subsequent repentance. Some might argue that he shouldn’t have been given the chance of a couple more years ‘in the sun’ with Tinkoff. Today’s news may bring about retirement sooner than expected but I hope that this isn’t the last we have seen of Ivan Basso on his bike.

Meanwhile the circus went on. How many motorhomes can Sky bring to a race where they are supposedly ‘banned’? Inevitably people want a Sky ‘story’, something to enhance the narrative of Chris Froome back in the race lead. Froome negotiated the trickier aspects of the first week thanks to the attentive stewardship of Geraint Thomas who has benefited from his proximity to his leader with a top ten GC spot. Froome has gone further than mere survival though. For all that two of his rivals; Nairo Quintana and Vincenzo Nibali have lost time through misfortune Froome has looked the strongest of the ‘big four’ (as they should be known apparently).

Nibali seems less tranquilo than normal and must be trying to pull the biggest feint of the race as it looks as if he is down on power. The Astana team backing Nibali have so far managed to avoid any comparisons to the front of the race pacemakers that tore the Giro peloton to shreds. So far it’s looking like Nibali’s least convincing grand tour appearance since winning the Giro in 2013.

Quintana took time out of Alberto Contador on Sunday in the TTT. He’s still some distance behind but Movistar could use Alejandro Valverde in the same way that Quintana himself was deployed in the 2013 Tour to attack the race in the Pyrenees to Quintana’s advantage. Contador has quietly got on with things and is in close proximity to Froome as the race enters the mountains. If Contador is going to make a move I suspect it will be in the final week though when the peloton reaches the Alps.

Tejay Van Garderen is currently sitting in second spot and if he can remain there it will be objective completed for the BMC team leader. I think BMC lack the strength in depth to ride the other GC teams off their wheels in the mountains and Van Garderen won’t be able to match the attacks that the favourites can deploy. He’s more diesel like, perhaps in the Wiggins mould of 2012. Whether or not this is enough to hold onto a podium place remains to be seen.

BMC already have a talented Aussie TT rider who’s capable of winning week long stage races in Rohan Dennis so why would they want to sign Richie Porte? Porte to BMC has been the biggest of the transfer rumours in the first week. Porte has pretty much confirmed that he’s leaving Sky but the question is where to. BMC just don’t seem like a good fit for the rider and he could find himself equally frustrated at Etixx if he’s recruited as a replacement for Rigoberto Uran. For me the best option for Porte would be Orica. He could mentor the Yates twins and help the team become more of a force on GC in the grand tours. When you look at the talent within the team it’s the obvious area to develop. If the move is really about GC ambitions then Orica is the logical choice.

This year’s race is shaping up nicely and the first week hasn’t disappointed. I haven’t met anyone who dislikes a Tony Martin stage win (especially when it doesn’t involve his TT bike) and he was a popular if short lived yellow jersey. Andre Griepel has been a bit of a revelation in the sprints (no one expected two wins did they?)  and Mark Cavendish finally got a stage win.

Onwards to Paris via the mountains. See you on the other side!